My Mother, Myself, The Sequel 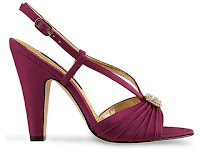 Since Mike proposed, I have been in Brideville. Picking colors. Looking at flowers. Hunting for the perfect shoe. (Check 'em out above - Hot, I know!) And my mom has been at my side for the whole ride. Planning a wedding, I see, brings the mother-daughter dynamic right into the forefront. Because when are personalities more at odds than when standing amidst a sea of white tulle?

I wanted a simple dress. The big puffy styles with the six-foot trains are best left to women who are marrying royalty. Mike is a king, but only to Elyse and me. At the dress shop, Momma kept unearthing lacy contraptions with big skirts. I tried them on to please her.

“Oh, this is it!” she cried when she saw me in a lacy sheath with sequins detailing and a substantial train.

“Are you sure?” She peered over her glasses. “Look at it again.”

I was sure. It took another 20 dresses before she begrudgingly admitted that the first dress I tried was more my speed. It was an ivory column with minimal detailing.

The salesperson came in with an armful of veils and tiaras. “I won’t be needing any of those.”

“You’re no fun!” Momma snatched off the veil and put on a different one. I frowned and slumped my shoulders. “I don’t like this one either.”

After Momma fussed for a month about my no-veil-no-tiara credo, my aunt helped her to see my point of view. “Remember how awful she used to look in Easter hats as a kid?”

Then there was the guest list. “75!” I announced. By the time my mother made her additions, the list count was up to 102. “I don’t see how you thought that you could have a wedding with just 75 people,” she said.

“Because that’s what I wanted.” My shoulders slumped again.

“Well, now you have 102. You will just have to deal with it.” I dealt with it by cutting 20 people from the guest list. My apologies go out to my co-workers. I’ll bring in pictures, I promise.

A few weeks later, Elyse and I were getting ready for church. It was chilly out, and I had a pink jacket for her to wear. She wasn’t interested.

“Come on Pumpkin, it was a gift.” Her braids hit her cheeks as she shook her head from side to side. “It’s Ralph Lauren!” I said this with a flourish, as if it would make a difference to a three-year-old. It didn’t.

I was finally able to bribe her with a bowl of grapes. Elyse took off the jacket as soon as we got into the car.

“You’re no fun!” I told her as I backed down the driveway.

So another mother-daughter relationship unfolds just as the one before it, and I wouldn’t have it any other way. I could not imagine planning my wedding without Momma. She would follow me from here to Mozambique to find the perfect shade of purple paper for my wedding invitation. And all the while, she keeps me grounded, from going over the edge and pulling my hair out over party favors. It’s not a job for the faint of heart.

And sometimes, we do agree. She does love the purple shoe.
Posted by Unknown 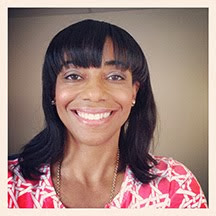 Adventures of a mom seeking all things fabulous and the balance between family and career.
The content posted on this blog is my personal opinion, and it does not reflect the views of my employer or its clients.

Promote Your Page Too